at 2:18 PM Posted by The Reading Momster 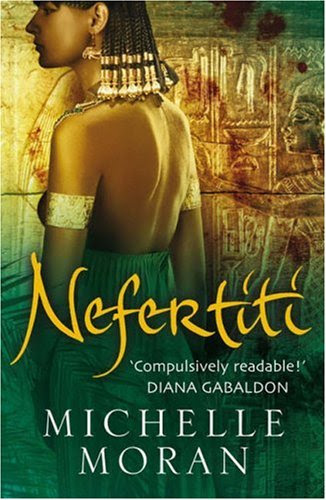 Nefertiti is one of the world's great legendary beauties. Seen through her sister's eyes, she is vividly brought to life in this heartbreaking story of celebrity, ambition, love and loss.
At the tender age of fifteen, Nefertiti marries Akhenaten, the Prince of Egypt, her dreams coming true as she rises to fame and fortune. Bathed and decorated by a team of body servants, her natural beauty is enhanced until she becomes mesmerizing. She is soon the darling of the people and her husband's closest confidant.
But when her husband breaks with a thousand years of tradition, defying the priests and the military, it will take all Nefertiti's wiles to keep the nation from being torn apart. She's prepared to sacrifice her sister to strengthen her power and this act will lock the two women in a feud that only death can break...

Nefertiti means the Beautiful Has Come, and true to her name she is the most beautiful women in the whole of Ancient Egypt. She is also the daughter of the Queen of Egypt's brother, who himself is a great Vizier to Pharaoh, and thus she knows her destiny is to be the Queen of Egypt herself.
This is the story of 2 sisters, Nefertiti and Mutnodjmet one of whom is destined to be the Queen and another a slave to the throne.~~


'Be careful here, my lady. Let history forget your name. For if your deeds are to live in eternity, you will have to become exactly what your family wants you to be.'
'And what is that?', I demanded
'A slave to the throne.'

When Tuthmosis, the eldest son of the reigning Pharaoh and Queen Tiye dies, their younger and the least-loved son Amunhotep is crowned the King of lower Egypt. On Queen Tiye's insistence and being utterly smitten by Nefertiti, Amunhotep marries her and names her the Chief Wife and in short the Queen of Lower Egypt. With her, Nefertiti's whole family moves to the palace. Amunhotep is far more ambitious and is a striking contrast to the perfect Tuthmosis.The new King makes sure, all things followed by his father and his elder brother are changed. He goes so far as to ask Egypt's people to forsake the God's that they have bowed to for many years and start paying their obeisance to a new God that only the new King and Queen understand and believe in, Aten. He banishes Amun worshiping and destroys all the temples inclined to his worshiping. He erects a new temple to the glory of Aten, the sun!
Queen Tiye's hope that Nefertiti would show Amunhotep the correct path, and bring him to see his parents ambition all fail. As time passes much to the disappointment of her family, Queen Nefertiti becomes her husband's ally and soon big Tombs of her husband and her are erected everywhere. She alongwith her husband seeks to live eternally in them. She is the Goddess that people want to see, she is the person that people look upon. Nefertiti has no choice though, if she has to has power she has to support her husband or he will turn to his 1st wife Kiya, which she will never allow!


'Even so, I have no image of her [Nefertiti's mother] in Egypt.' Her gaze grew determined. 'I will never let that happen to me. i will carve my image in every corner of this land. I want my children to remember me until the sands disappear from Egypt and the pyramids crumble to the earth.'

As with Tuthmosis, their Father, the Pharaoh also takes to bed and soon he also dies. Like Tuthmosis's death, Pharaoh's death came faster than was expected but no one talks against the new Pharaoh.
What happens next is something you will have to read and know. In this gripping tale you will see how one man's hunger for power and eternal glory.
I assure you, all historical fiction lovers will not be disappointed in this one and you will sit still till you know, what finally happens to Amunhotep, Nefertiti, Mutnodjmet and the whole of Egypt! I now why I love this genre so much. The read is both thrilling and the anticipation of what next gets to you! We are shown a whole new breed of women who can be calculating, loving but extremely dangerous -- women with ultimate powers!
If you have NOT read this one ~~ High time you go buy it!
I am waiting eagerly for my next shopping spree, when I get the 2nd installment The Heretic Queen

Keep an eye on this blog as there is a super giveaway coming soon just for you :) **Surprise Surprise :)**

I won this one an The Heretic Queen and haven't had a chance to read them yet, but I'm dying to. Glad to see this one's so good.

This one definitely sounds like a must read Veens! I have always loved the stories that I have heard about ancient times in Egypt but I haven't read a book that was specifically about it yet. Glad to have a good recommendation.

I've heard such great things about these. I'm on hold right now for her newest book, Cleopatra's Daughter. Can't wait!

Wow..Great review. U have praised it so highly tht I feel the need to read it soon. I love the covers of her books and I know I ll love the books too.


I am so eager to get this book now. I have to go to Crossword's to check if it's available.

Beautiful cover and beautiful review; thanks so much

I enjoy historical fiction but typically tend to go back no further than Henry VIII it seems! But I loved this book. I read it last year and really enjoyed it. I don't know why I haven't gotten around to her follow up but it's been on my radar for a while. Glad to hear you enjoyed it a lot too!

This sounds fantastic, I need to read this author.
And what a fabulous cover!
Great review.
http://thebookworm07.blogspot.com/

Wow Veens ...Cool look..You can u can still personalize it..Tweak a lil more.. Orange is the new Red :)

This was a fantastic book! Michelle Moran is an awesome author-one of my favorites for sure!

Shweta - Thank you! Glad you noticed the new look :)
A copy of the same template ;)

Super review. I knew I wanted to read this one and now I *really* want to!

I loved this book and can't wait for her new one. Nice review!

Wonderful review, you've made me want to read it again. I loved Nefertiti, The Heretic Queen even more & Cleopatra's Daughter pushed Michelle Moran into my favourite author category!

Great review! I loved this one, too, as well as The Heretic Queen. Can't wait for your thoughts on that one.

--Anna
Diary of an Eccentric

"Akhenaten: Dweller in Truth" by Naguib Mahfouz (which I reviewed a couple of months ago for this challenge) also deals with Nefertiti and her role in Amunhotep/Akhenaten's life and decisions. I'll have to look Moran's up just to see how much they differ. Thanks for the review. 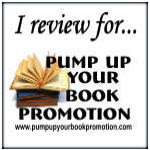