The Song of the Whales by Uri Orlev 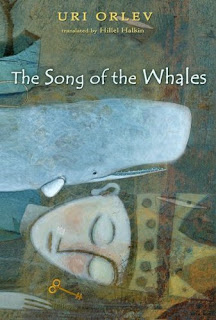 
Michael’s grandfather has a secret—a secret that’s almost too strange to share . . .

When Michael moves to Israel, he leaves loneliness behind and steps into the light of his grandfather’s magic. Like a sorcerer’s apprentice, Michael learns how to blur the lines between dreams and reality when his grandfather hands down the most precious of gifts—a gift that allows Michael passage into his grandfather’s dreams.

Written with a quiet simplicity that wins the reader over at once Uri Orlev writes in a style so sure and yet so unassuming that it is certain to linger in reader’s minds long after turning the last page.

My Thoughts
It is not always that you get to read about dreams. And this little book for kids does just that. This book is about Michael or Mikha'el (Mee-kha-EL - that's how his name was pronounced in Israel) who has to move to Jerusalem from Washington because his parents want to be near his old Grandpa. Michael is not like kids his age, he doesn't have friends his age and mingles well with grown - ups and likes to help them with there work. His parents who are always busy with work have little to no time for him. He is worried about the move, but soon comes to like the new place and his Grandpa too.  His Grandpa becomes his only and best friend and loves his house as well. But his Grandpa has a secret, he can take anyone into his dreams! And he takes Michael with him into his dreams as well. From them on, every now and them Michael and his Grandpa have fun adventures in his Grandpa's dream. They both enjoy it immensely and slowly Michael comes to understand and adore his Grandpa more than anyone!
More than anything, it is the simplicity with which this story is told that tugs at your heart. The importance of dreams and the need to "repair" the sad and bad ones is beautifully brought about. To put in a little sweetness in to a sad dream, or to mix in a bit of hope into it... that we have the power to change the dreams... is beautifully portrayed in this small story.
There is something very nice and sweet about this story and my review, I am sure, does not do it justice it deserves. But I would definitely want to get hold of the book and read it to my kid someday. I like to believe that this will definitely be something that we will both enjoy.
Highly recommended for kids and older kids like me ;-).
Thanks to NetGalley for my copy of this book. 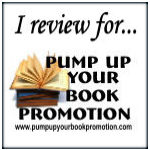